(In part seven of our 2018: The Year in Books series, we look at the best Zadie Smith novel I read in 2018 (I read three). Is it good? (yes) Is it very good? (also yes) Will you like it? (maybe) How many parentheses can I nest inside other parentheses in a single paragraph? (this many))

The Best Posh Boy in a Novel Award 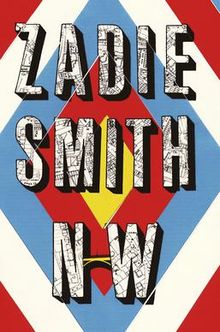 NW follows the lives of three people in North-West London, each the focus of one of the novel’s major sections. First, Leah Hanwell struggles with her strained marriage, her strained relationship with her mother, and various other sources of gnawing strain. Next, Felix Cooper encounters reminder after reminder of his troubled past (and also encounters the best-written posh boy in all of fiction). Finally, Natalie Blake is a high-powered lawyer in the city with a guilt-inducing family life, a (you guessed it) guilt-inducing marriage, and various other sources of gnawing guilt.

Like every Zadie Smith novel I’ve read, at times the plot ambles along pleasantly, and at other times seems to completely disappear for long stretches. But this is exactly what I want from a Zadie Smith novel. Smith is, in my opinion at least, the best in the business at writing characters. Not necessarily ‘strong’ or likeable characters (though many of them are), but always astonishingly unique, well-sketched, flaws-and-all people.

Her books aren’t plotty by any means. An unfair negative criticism would say that nothing happens in a Zadie Smith novel. But my (entirely fair, objective, handsome) response would be that exactly enough happens. Her plots don’t need to do anything more than offer up enough varied opportunities to get to know the characters, who are the true stars of the show. And that’s exactly what they do.

NW is no different. Reading it is basically just a way of mainlining its protagonists – injecting interestingly-written, unique central characters directly into your veins at the expense of everything else. (if that sounds like torture to you, then maybe pull the ripcord on this book right now, because that’s Zadie Smith)

We spend the whole of NW getting to know the central three (arguably four) characters – getting into their brain, learning their tics and their hangups, and seeing how they react to the world around them. In almost any other writer’s hands this simply wouldn’t be enough. But with Smith it just is, because her characters are so good.

Take the aforementioned posh boy – he’s a minor character who appears in one scene and is then quickly forgotten. But he’s so incredibly well-observed that he comes alive on the page in a way central characters of other novels can’t manage. And so does Felix’s ex. And Leah’s mother. And every other person in the entirety of NW.

I read NW almost a year ago now, and I still think about how utterly perfectly that posh boy captures the classic human archetype of ‘friendly, bumbling, incredibly frustrating posh boy’ I’ve met so many times. I really don’t think I’m exaggerating when I say that Zadie Smith is a genius at observing human behaviour and putting it down on a page in a way that is so true to life it hurts.

So impressive is Smith’s skill at writing characters that it’s easy to forget that her skill at writing sharp, page-turner prose is (also) nearly unmatched. Her writing is sardonic, but understanding; concerned with digging into the nitty gritty of complex, sweeping social problems and individual human psychology, but easy and breezy reading where many of her contemporaries can only be called (if we’re being generous) hard bloody work. She does what other writers can only dream of: write incredibly fun novels that are also considered capital S capital F ‘Serious Fiction’.

I suppose it makes sense that someone so good at understanding what makes people tick would also be good at being funny and engaging, but it really is remarkable how enjoyable it is to read a Zadie Smith book. Hell, White Teeth (which I also read this year, and also highly recommend) is nearly 550 pages, and I breezed through it. 550 pages! Normally 550-page books are the kind of ‘eat your vegetables before you can have pudding’ books I convince myself I have to read, and then convince myself were worth reading despite being dry discussions of how hard it is to be a 60+ year-old creative writing professor who is having an affair with a sexy 20-year-old female student. (with a few pages about leaves meaningfully falling from a tree or something)

Where was I? Anyway, Zadie Smith is great. You should read her books. Especially this one.