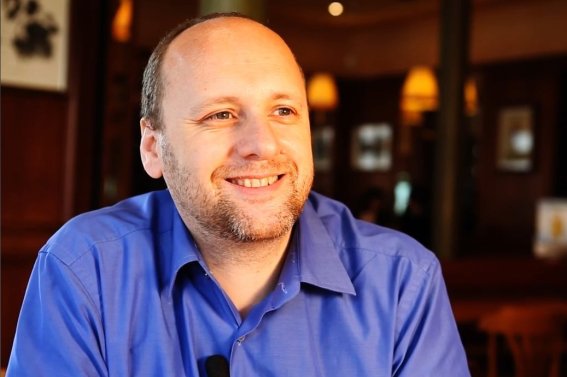 The other day Sony held a press conference to reveal their new console – the PS4. A lot of people thought it was pretty good. I don’t get those people – they are alien to me. The whole event left me shouting at my screen with a level of fervour I usually reserve for The Big Questions, or one of those adverts where somebody keeps pouring orange juice into an obviously-overflowing glass. 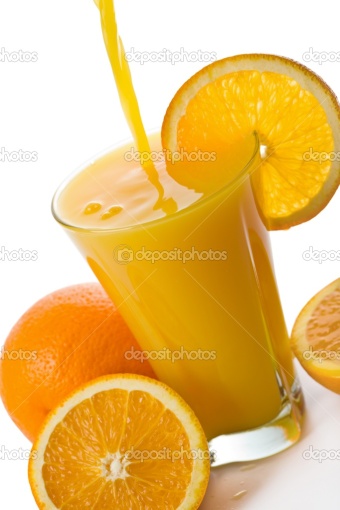 If I had to give a single-sentence summary of the night it might be: “The advanced technology in the PS4 allowed us to make absolutely anything, so we made a first-person shooter.” If I had to be even pithier it’d be: “Videogames: The Press Conference”.

Sure, it wasn’t exactly what I’ve come to expect from videogame press conferences – i.e. a string of tech-speak platitudes followed by a shotgun blast to the prefrontal cortex. It even had some elements of originality. For instance: there were far fewer than expected trailers featuring a game’s protagonist stabbing another man square in the neck (I counted one). And the show didn’t even open with a slightly uncomfortable musical performance from a jet-lagged Usher, Rihanna, or Pusha-T.

But disregarding the woeful paucity of knife violence, things were mostly business as usual. There was still empty talk of innovation, still talk of Olympian new technological heights, and still talk about how everything is now social (read: ‘social’). There was still the faintly ridiculous names, like DriveClub and inFAMOUS: Second Son. And there was even an all-too familiar moment where a prominent game developer explained at length how his studio’s new game would be an exploration of certain complex ethical and political questions, before showing a trailer where people shot at each other for five minutes straight. 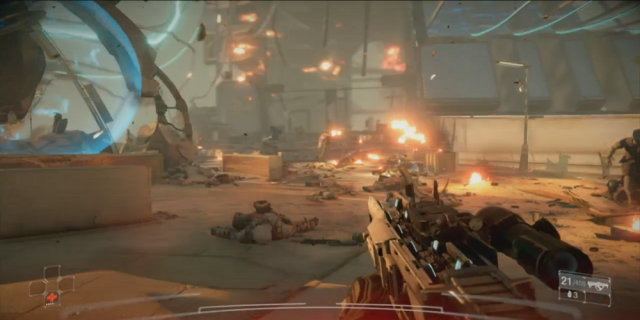 Now, it’s important for the purposes of tu quoque to establish that David Cage is the creator of both Fahrenheit and Omikron: The Nomad Soul, the former of which features a fistfight with the internet, and the latter of which led to a Wikipedia synopsis that actually features the sentence “The Nomad Soul learns afterwards that what is going on in Omikron is merely an extension of a thousands-of-years-old battle between mankind and demons led by the powerful Astaroth.” With that prejudice-inducing knowledge in hand, I’ll let you watch his  presentation:

Now, far be it from me to criticise a man with ‘diverse intense subtle’ flashing on a giant screen behind him, but Cage’s presentation was by far the most frustrating bit of the show. Partly because, once again, here he is perpetuating the weird, backwards notion that better technology is required for better storytelling in games. And partly because he has the temerity to tell people how the big problems of storytelling should be tackled when everything he touches turns into Stephen King fan fiction.

But mostly it’s because he’s been saying the same thing for years now: Games are immature – they’re all power fantasies revolving around nothing but guns and ultraviolence. Games can’t deal with complex ideas and emotions. Games are bad at telling stories. Games are bad at getting players emotionally involved.

And it’s not just David Cage. Jonathan Blow, the creator of Braid, has been going on for the last five years about how immature the medium is. And now Master of Dreck Hideo Kojima is hyping up his new ‘Nanomachines and Exposition’ game by saying things like “Video games as a medium haven’t matured very much at all in the last 25 years” and “It’s always about killing aliens and zombies. Not that I don’t like those kinds of games… they are fun, but I think games have a long way to go before they can mature.” 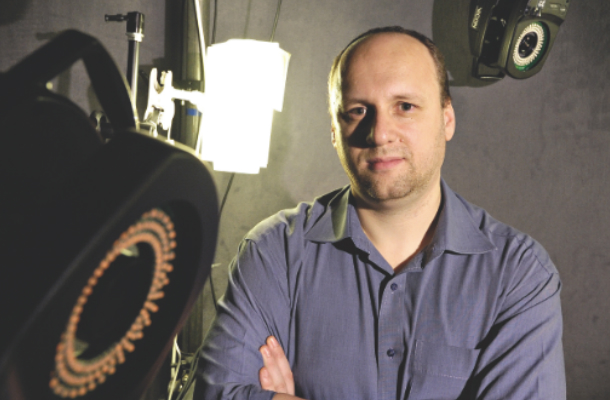 They’ve been making the same points for years now. And do you know what, David Cage? You know what, Jonathan Blow and Hideo Goddamn Kojima? While you’ve been busy calling games immature, they’ve been busy growing up. There have been huge advances throughout the medium, especially in terms of storytelling. And it’s no thanks to you. And David Cage you better not be about to tell me it’s because of advances in graphics technology, because I swear I will just lose it.

Maybe videogames were really immature when they started complaining. Maybe they were dominated by violent, repetitive mechanics, and shlocky action movie stories. But time passed and the medium moved on. The increasing accessibility of the internet allowed new markets to emerge, away from the noise of the mainstream games industry.  And approachable development tools, some cheap, others free, became more numerous and more prominent, thus giving countless new people the ability to make games without having to overcome intimidating, arbitrary barriers.

The medium was pushed forward by a flood of new people. They had the creative freedom that 100+ person development teams didn’t, and they had the talent and the drive to explore new ideas. And now, years after Blow and Cage and Kojima started speaking out against the immaturity of the medium, we have a vibrant, mature medium – one that’s still growing and learning and changing. But yet they won’t shut up. Instead of  actually exposing themselves to the flood of new games, they prefer to sit back and endlessly repeat the claim that everything is still hopelessly immature. Well, you know what David Cage? Go play some goddamn videogames, and then we can talk. 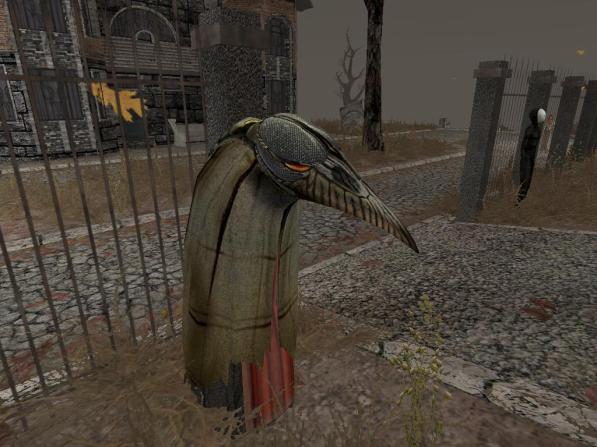 We have games like Pathologic and The Void. Games like Cart Life. Games like Gravitation. Games like Norrland, Home, The Terrible Whiteness of Appalachian Nights, To the Moon, Dys4ia, Lim, The Walking Dead, Howling Dogs, and Unmanned. We have creators like Stephen Lavelle, Deirdra Kiai, Emily Short, Cactus, Anna Anthropy, Terry Cavanagh, Porpentine, and Brendon Chung. And we have sites like http://www.freeindiegam.es, which link to more clever, challenging, inventive games than you could possibly keep up with.

The medium has moved forward, and it’s continuing to move forward with each passing day. So when David Cage gets up on stage at the PS4 press conference and says that the medium is immature all it shows is that he no longer understand the medium. When Jonathan Blow and Hideo Kojima and all these other prominent game developers lament that nobody is making games that push the medium forward, all it shows is that their opinions haven’t been updated in half a decade. Or perhaps that they’re just willfully blind to anything outside the mainstream games industry- anything but big-budget console shooters, compulsive social games, and throwaway iPhone titles like Angry Birds, and whatever else it is the kids are into nowadays with their iPhones. 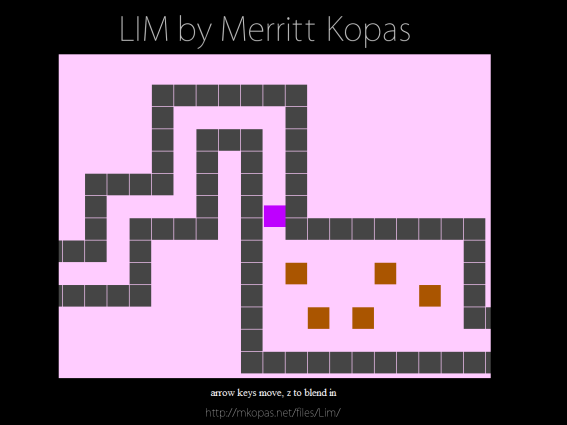 Here’s a terribly simile for you: People like David Cage and Jonathan Blow are like blindfolded men stumbling around at the beach. They’ve tentatively shuffled a few steps into ankle-deep water, and they can’t see the ocean out there in front of them (the ocean represents the ocean of videogames). But instead of testing the waters further they stay put, safe in the knowledge that there’s nothing more to see – that this is as deep as it gets (METAPHOR).

But people like David Cage have no excuse. They talk about the medium as if they’re experts, but they haven’t even bothered to take a glancing look at all the amazing shit that’s actually on offer. Games are still growing up, and they’ve got a long way to go yet. But when David Cage argues that we haven’t made monumental strides, that we haven’t made a load of genuinely great games, all I can think about is how limited and myopic his knowledge of the medium must be.