1. Its long-term sustainability is unproven

So you made a great game, funding its development through Kickstarter. Now it’s time for your next project, and you’re planning to use Kickstarter again. Since your first Kickstarter campaign was such a roaring/moderate/minor success you’re quietly confident that you’ll be able to recreate that success this time around. But we really have very little on what happens when developers return to crowd-funding, and while it’s easy to assume that success would follow success there are a million different reasons why that might not be the case (even if your first game was really good).

Maybe you only succeeded first time around because you were lucky enough to catch the eye of an influential journalist or website. Maybe your first campaign succeeded because of a few pre-existing die-hard fans who pledged thousands of pounds for the top reward tiers, but who will probably be unable or unwilling to do so more than once. Maybe you got funded because you were playing off an existing franchise that your fans loved, while your new project is different and unfamiliar. Maybe people will just get tired of funding the same people over and over again. All or none of these might become significant problems when we start seeing a lot of people returning to Kickstarter to fund their new games – we don’t really know.

2. It might push small developers away from new ideas 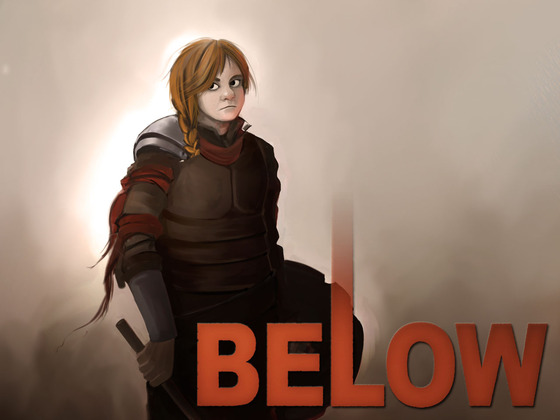 If you have a pre-existing avid fanbase you may think that your fans will follow you anywhere, because they love what you do. But in many cases that’s just it – they love what you do, they don’t necessarily love you. Chris Gardiner wrote a great piece disecting Failbetter Games’ aborted Kickstarter for the game Below, and in it he briefly mentions the difficulty they had with selling a new intellectual property to their fans, most of whom are fans of Fallen London rather than fans of Failbetter Games itself.

This has always been an issue across different media, but I think it’s more serious when you rely on crowd-funding. Because if you’ve already made a new game it’s possible to show it to your pre-existing fans, and hopefully if it’s good enough many of them will come to love it just as much as your previous work. But if you’re asking fans to fund a concept for a new game – with nothing to actually show them yet – it’ll far harder to convince them to take the risk and give you money for development. And unless you can find a way to appeal to a significant number of people outside your fanbase, this will be a big problem. I imagine this will be less of a problem for big developers, who often can rely on the weight of their name alone, but for less successful, well-known teams it could well be a problem that ends up pushing them away from new ideas and towards familiar, well-explored franchises in order to keep the attention – and the funding – of their fans.

3. It can get backers involved in creative choices 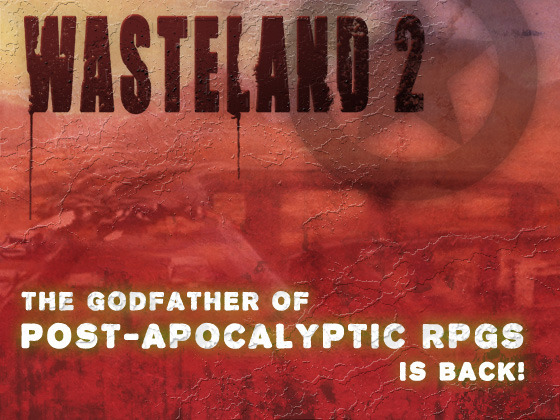 On the Wasteland 2 Kickstarter page you can find the following line:

“So, we’re coming to you for support.

After all, since you’re the driving force behind this game, we want to make sure that we’ll be delivering the game you want.”

Developers have good reasons to make people feel personally involved in the project they’re backing, and a powerful way to achieve this is by telling backers that they’ll have an element of creative control over the project. But for want of a better term: fuck that.

The team behind Wasteland 2 made a big deal of getting backers involved in the creative side of the game, and their website proudly states: “We are looking for your input and feedback as we develop Wasteland 2.  This is a Fan-Funded project and completely depends on YOU!  Please head over there, create an account and be a part of the development process of Wasteland 2!”

I don’t want to be part of the development process of Wasteland 2. I don’t want other backers to be part of the development process of Wasteland 2. We’re fans, and while we might think we know what we want, we don’t know what we want at all. Sure, lots of games use focus testers throughout development, but focus testers are useful for identifying issues and bugs in an in-development game, not for giving creative advice about how to make the game in the first place. And that’s because, unless you’re actively seeking out the advice of other game developers, your focus testers often won’t know anything about making games. The same is true of backers on crowd-funding sites like Kickstarter – you probably don’t want to take too much of our advice, because we don’t really have any clue what we’re talking about.

4. It can add bullshit to games

I realise that this is the kind of stuff – putting backers in the game in some trivial way – that can get people to pledge huge amounts of money. And the big backers are often immensely important with Kickstarter- the thirteen people who paid $2,500 for the above reward tier for Wasteland 2 raised $32,500 altogether. That’s the equivalent of over two thousand people pledging $15 for a pre-order copy of the game. But god damn do I not want to see this kind of stuff in games. I don’t want to see statues of players in my game world. I don’t want them to write snippets of that statue’s backstory. I don’t want them to name a town or voice an NPC.

At best I don’t even really notice it, like how FTL’s crew members are named after certain backers of its Kickstarter campaign. That’s fine. At its worst it leads to non-diegetic bullshit getting in the way of my experience of the game. It’s probably a necessary evil with Kickstarter, and I’d rather have it there than not have the game at all. Again, I imagine experienced developers will generally be smart enough to only allow this kind of stuff in appropriate, unobtrusive ways, but the moment I have to recieve a quest from an NPC called xXxSniperNoSCOPE151xXx is the moment I lose my temper.

This entry was posted in Games Blather and tagged Kickstarter. Bookmark the permalink.