The Kickstarter Craze: Peter Molyneux and the Industry Veteran

I’m not sure if it’s fair to say ‘backlash’, but there’s certainly something negative in the air right now when people talk about Kickstarter. When Double Fine launched their wildly successful Double Fine Adventure, making a million dollars in just under 24 hours, Kickstarter became something really significant in the world of videogames. Many people talked about it like it was the saviour of gaming – not only as a place where interesting, non-mainstream games could become reality, but a way to finally remove the influence of publishers and marketing dollars. I gave more of a moderate, though still optimistic opinion, and while I still hold to it, it’s hard to argue that things haven’t changed.

At the very least public opinion has started to shift away from this kind of unfettered optimism. With a slew of new high-profile projects from established industry veterans, each asking for significant sums of money, people are starting to ask questions. Many are even arguing that these projects are transforming Kickstarter from a haven for niche, unknown projects and making it into something far more sinister and commercial. 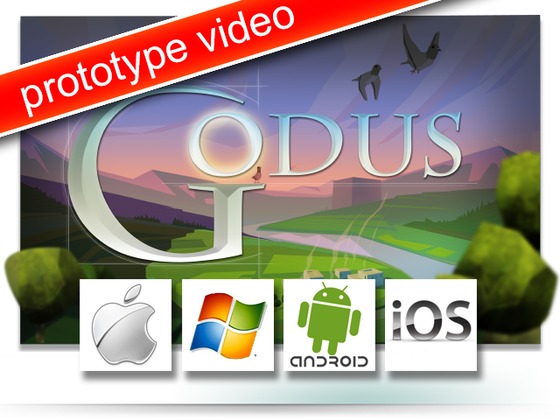 It’s undoubtedly true that more and more industrys veterans are looking to Kickstarter as a way to fund their (relatively) financially ambitious games. For instance, Peter Molyneux has recently gone rogue and started 22cans, a small independent studio that’s currently trying to raise £450,000 for Project Godus, a spiritual successor to Molyneux’s Populous. And David Braben’s studio Frontier Developments is asking for £1,250,000 to fund Elite: Dangerous, a sequel to 1984’s revolutionary space game Elite. Many people are concerned that these games will draw attention away from the smaller, unknown projects found on Kickstarter and siphon all the benefits of crowd-funding towards those who are already successful.

It’s claimed in many of these cases is that people like Molyneux don’t actually need Kickstarter in the first place, since they could secure publisher funding for their games. I think this is a massive oversimplification of the issue, and in many cases I think it’s simply untrue, but it’s not really the point we should be concerned about. Say Molyneux definitely doesn’t need Kickstarter to get his project off the ground. That doesn’t necessarily mean that he shouldn’t use it. The real issue here is whether or not this influx of big, high-profile projects from Molyneux, Braben, and others is threatening the smaller, more  unknown projects. And while many people seem happy to state outright that this is indeed the case, no one’s actually brought any evidence to support that argument.

In fact, all the evidence we have seems to indicate that these big, multi-million dollar projects are doing nothing but good for other Kickstarter projects. As Tim Schafer says, the wild success of Double Fine Adventure meant that the number of pledges for other Kickstarter projects went up. And that stands to reason: (1) Double Fine’s project served to introduce many, many new people to the site for the first time , meaning the pool of possible backers for projects expanded, and (2) Even if you’re already aware of the site, the act of backing a high-profile campaign on Kickstarter serves to get you onto the site once again, increasing the chance that you’ll go for a wander and stumble across something new and cool.

Ever since Double Fine’s breakthrough Kickstarter success the number of videogame Kickstarter projects, large and small, has gone up enormously. And there just isn’t any evidence that this is changing now that more and more big projects from industry veterans are emerging. My instinct is that these mammoths will continue to be a benign force towards smaller projects, as they’ll serve to continue pointing people back to the site, either for the first time or for a return visit. But we don’t really have a great deal of evidence to say either way, so it’s probably best not to make too many sweeping statements right now. All we know is that we have no real evidence to support the alarmist view that Kickstarter is changing for the worse, and we have some good evidence to support the view that we should welcome this influx of big names and big projects onto the platform, as we stand to gain so much more from them than a remake of Elite, and a re-imagining of long-dead Populous. These projects might indirectly give us countless small new, imaginative, weird games, the likes of which would never have seen the light of day before all these new eyes were pointed towards the Kickstarter platform.